The bi-communal magazine Hade has been digitized and is now available on both the Greek, and the English version of the site. The magazine was the first bi-communal publication after 1974 and was printed and circulated on both sides of the green line in the late 1990s and early 2000s. With the exception of the pilot issue (Issue 0), which was in English, all other issues were mainly bi-lingual, and included texts in both Greek and Turkish. 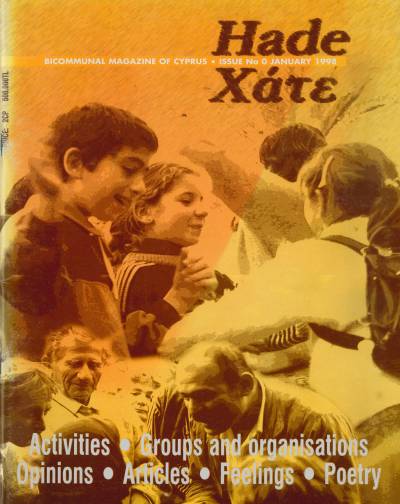